Climate Change And Infrastructure: The Impact In 12 Photos

The impact of climate change is being felt from polar regions to tropical coasts. Ice caps and glaciers are melting, sea levels are rising and storms are becoming more frequent and severe. All are impacting existing infrastructure – and the way new transport networks and buildings are designed.

Large-scale infrastructure projects – such as roads, bridges and airports – are typically built as long-term investments, based on the assumption that the surrounding environment would remain largely unchanged during their lifespan. Climate change is upending that thinking.

“Whether we’re talking about new infrastructure or existing infrastructure, these are long-lived assets that were really built to survive a fairly static climate,” says Greg Lowe, global head of Resilience and Sustainability at Aon. “Going forward that’s not going to be the case.”

While the issue isn’t exclusive to urban areas, examples are particularly acute in many of the world’s major cities. “As the physical impacts of climate change become more intense, urban areas can be particularly vulnerable due to the combination of population density and their proximity to rivers and coastlines,” says Dominic Christian, global chairman of Reinsurance Solutions at Aon.

And various groups, in both the private and public sectors, will be challenged with funding the upward of $90 trillion required to meet the world’s growing infrastructure needs. “One challenge in enhancing urban resilience is that municipalities often fail to move beyond the planning stage, whether due to cost constraints or uncertainties associated with adaptation. There’s always the danger of unintended consequences – that misjudgments of future risk levels might lead to costly design or investment errors,” says Lowe.

From Alaska’s permafrost to Thailand’s flooded airport runways, scroll through the six examples of the impact climate change is having on infrastructure and some steps taken to address them:

Example 1: Higher arctic temperatures are leading to thawing permafrost – layers of soil that are typically frozen year-round. In areas such as Alaska, northwest Canada and Russia, thaw is threatening the stability of infrastructure built on permafrost, such as bridges. Engineers in Alaska are improving their knowledge of hydrological and thermal dynamics—which helps inform infrastructure design to protect against future damage and account for thaw. Example 2: Violent tropical storms have been hitting transportation networks in coastal areas. Among the damage incurred by 2017’s Hurricane Harvey were to Texas roads, undercut by heavy rains and floodwaters. Further, heavy rains can cause washouts and landslides, like those that damaged California’s Highway 1 in 2017. Local governments and even individuals should be encouraged to fortify their properties using best zoning and construction practices. Example 4: Climate change poses numerous threats to New Zealand’s infrastructure. Rising sea levels could damage the roads, water systems and buildings of coastal towns and cities, and warmer temperatures threaten to buckle roads and rail lines. And stronger, more frequent storms present their own risks: rainstorms precede flash floods while windstorms –along with droughts that lower lake levels –increase electricity disruptions. Some local councils across the country are working together to increase resilience. Example 5: Miami Beach authorities have embarked on an Urban Land Institute–endorsed strategy to combat the threat of rising sea levels by raising the city’s streets, improving drainage, installing pumps and building seawalls, among other methods. Example 6: Airports are critical to a region’s infrastructure—as such, they require a high-level of resilience to the elements.

In October 2011, Bangkok’s Don Muang (or Mueang) International Airport experienced heavy floodingdue to an active monsoon season. As a result, the airport temporarily closed its doors until March 2012, initially allowing just one budget carrier to operate. This event highlights the need to rethink airports’ operations and construction so operations can continue, even during extreme weather. Another example of extreme climate-related weather is excessive heat: in June 2017 the temperature reaching 120 degrees Fahrenheit in Phoenix, resulting in Phoenix Sky Harbor International Airport cancelling flights.

The impacts of climate change are vast. “Collaboration is needed across industries and governments to manage and respond to the risks posed by climate change,” says Lowe.

And Geoffrey Heekin, president of Global Construction and Infrastructure at Aon, agrees: protecting current assets for future use calls for partnerships across various groups. “Building for resilience means not only protecting today’s assets, but also developing cross-stakeholder solutions to address the longer-term impacts of climate change and extreme weather on our most critical infrastructure.”

Examples Draw On The Following Research:

The post Climate Change And Infrastructure: The Impact In 12 Photos appeared first on The One Brief. 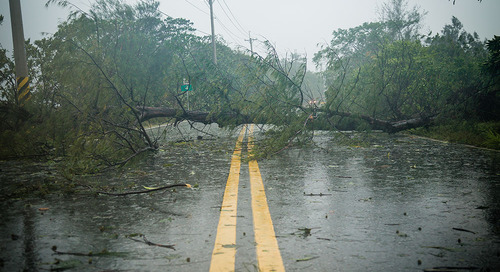 When it comes to hurricanes, the cost of inadequate coverage and preparation can be extremely high. The fir... 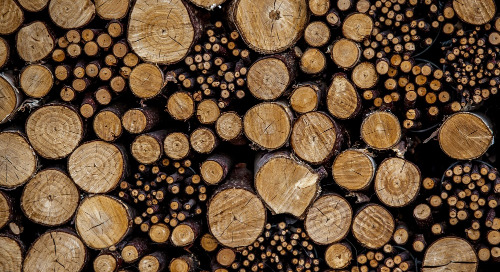 How Wildfires Have Sparked Change 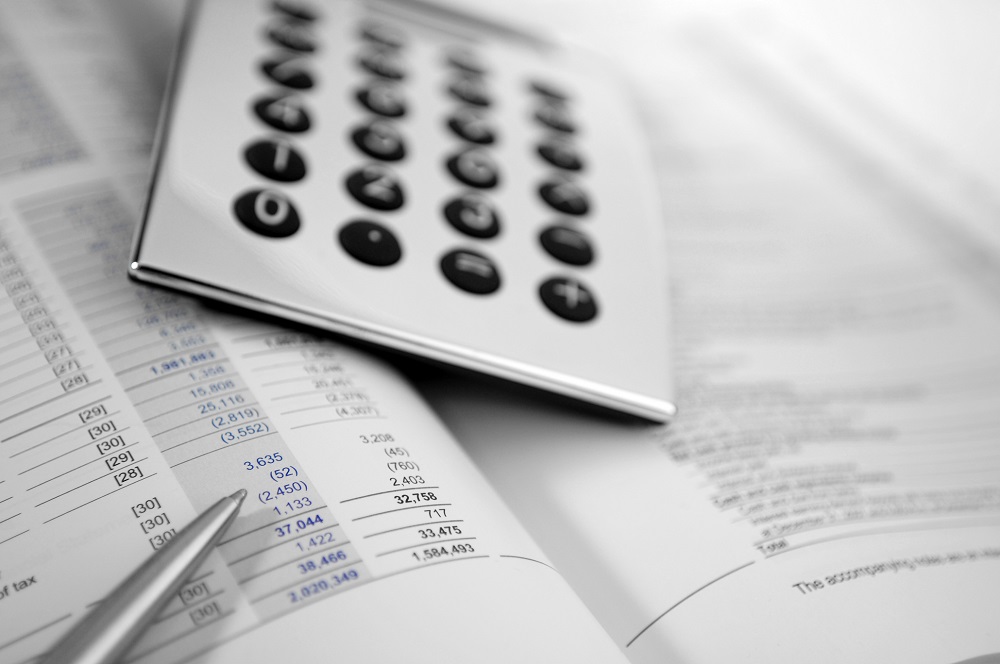 Less than a year after the Epic Systems Corp v. Lewis (No. 16-285, May 21, 2018) appeared to represent a nearly impenetrable shield for employers in seeking to quell employee class actions, especially 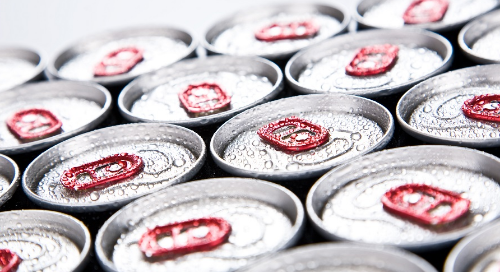 Each month the Recall Register highlights issues of importance including new markets and capacity, significant recall events and changes in legislation affecting the consumer products industry. 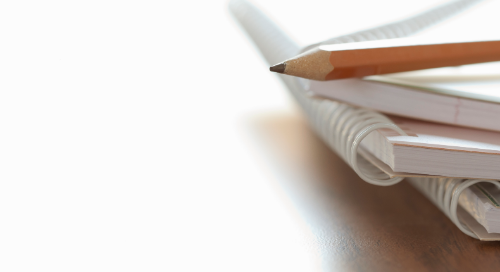 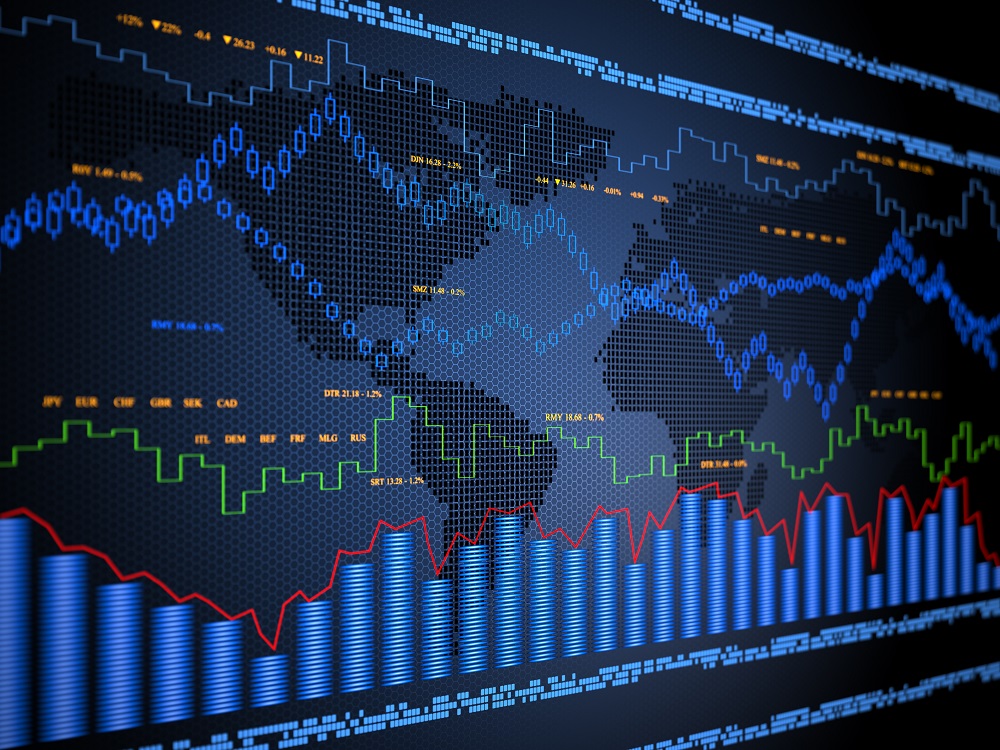 When it comes to hurricanes, the cost of inadequate coverage and preparation can be extremely high. The first quarter of 2019 saw an almost 38 percent decrease in catastrophe losses...

How Wildfires Have Sparked Change 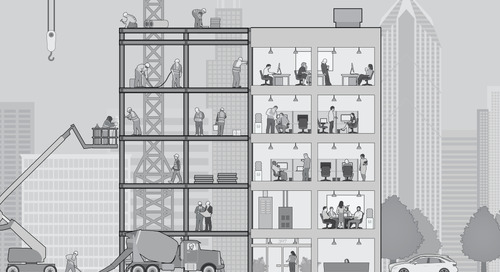 From Blueprint To Open For Business: How “Infratech” Has Become A Key Building Material

Our buildings, roads and public transport systems are quickly becoming more than bricks and mortar, steel, glass and concrete. Internet connectivity, coupled with the ever-advancing...